“The abstract and the figurative both exist in the world. I wouldn’t sign up to any ‚isms’ here” (Alexander Camaro)

“From the beginning painting was always at the heart of both Camaro’s artistic expression and his life in general. His early days were inspired by the expressionism of his admired teacher Otto Mueller. Also, for him, woman and nature remained his favourite subject-matter. His activities in the theatre (picture series “Hölzernes Theater”) as well as his affinity with the circus and its artists are also reflected in his paintings. His urban and landscape pictures were inspired by his immediate environment: the shop window, the forest, the sea. Abstraction and the reduction of means of expression along with the enlargement of format that dominated the second half of the century also impacted on Camaro’s style. However, his independance and uniqueness always remain. His works keep hold of subject matters that were sometimes influenced by myths of distant cultures, such as Mexico (Herz auf dem Opferstein – ‘heart on the sacrifice rock’). Camaro does not copy, he communicates the existential and profoundly human nature of his perception of the world.”

Composition in shades of gray, 1961 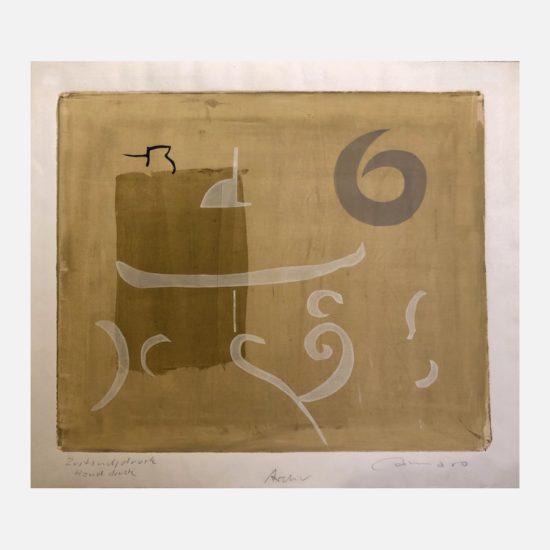