Alexander Calder was an American sculptor who is best known for his innovative mobiles (kinetic sculptures powered by motors or air currents) that embrace chance in their aesthetic and his monumental public sculptures. Born into a family of artists, Calder’s work first gained attention in Paris in the 1920s and was soon championed by the Museum of Modern Art in New York, resulting in a retrospective exhibition in 1943. Major retrospectives were also held at the Solomon R. Guggenheim Museum (1964) and the Museum of Contemporary Art, Chicago (1974).

Calder’s work is in many permanent collections, most notably in the Whitney Museum of American Art, but also the Guggenheim Museum; the Museum of Modern Art; the National Gallery of Art, Washington, D.C.; and the Centre Georges Pompidou. He produced many large public works, including .125 (at JFK Airport, 1957), Pittsburgh (Carnegie International prize winner 1958, Pittsburgh International Airport) Spirale (UNESCO in Paris, 1958), Flamingo and Universe (both in Chicago, 1974), and Mountains and Clouds (Hart Senate Office Building, Washington, D.C., 1996).

Although primarily known for his sculpture, Calder also created paintings and prints, miniatures (such as his famous Cirque Calder), theater set design, jewelry design, tapestries and rugs, and political posters.[1] Calder was honored by the US Postal Service with a set of five 32-cent stamps in 1998, and received the Presidential Medal of Freedom, posthumously in 1977, after refusing to receive it from Gerald Ford one year earlier in protest of the Vietnam War. 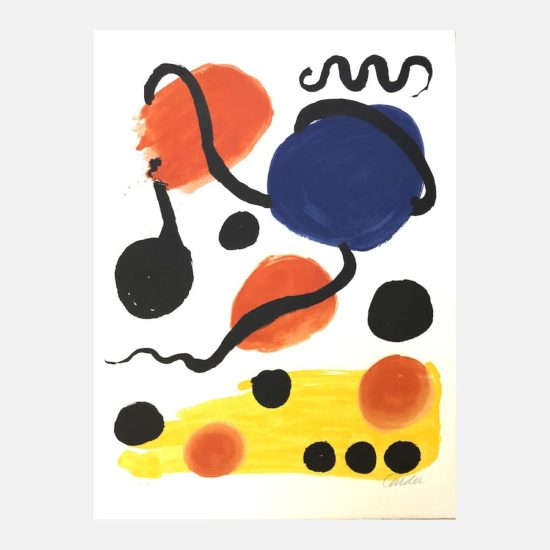