At the age of 17, Tápieshad a serious accident and began to draw and paint in self-studies. Law studies at the University of Barcelona. Studied Jean-Paul Sartres and existentialism. As from 1946 he devoted himself entirely to painting, especially inspired by Vincent van Gogh, Pablo Picasso, Miró, Max Ernst, Paul Klee.

In 1950 he receives a Scholarship in Paris, meets Jean Dubuffet, Art Brut, among others. Travels to Switzerland and Italy. 1958 he was awarded a prize by the Carnegie Institute of Pittsburgh, met Franz Kline, Willem de Kooning, Robert Motherwell.

1962 Participation in the Peace Congress in Moscow, works based on the ideas of Bertrand Russell.

1984 Founding of the Foundation: Fundació Antoni Tàpies in Barcelona. 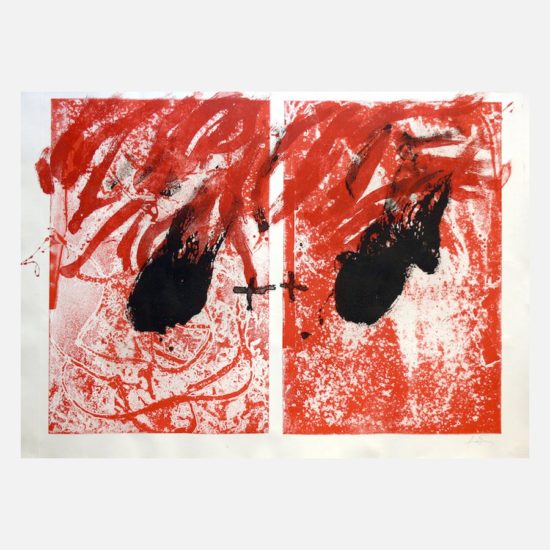