1951 studied painting at the University of Fine Arts/Berlin, master student of Max Kaus.

From 1958 worked as a freelance sculptor in Berlin-Kladow.

Haase mainly worked in stainless steel for public spaces. About 40 large sculptures can be found in public places and parks in Berlin; as well as in many German and European cities, as well as in the museum collections, e.g.: Wilhelm-Lehmbruck Museeum, Duisburg and the Museum of Modern Art, New York.

As from 2003 he also lived and worked on his estate in Brüssow is a town in the Uckermark near Berlin. 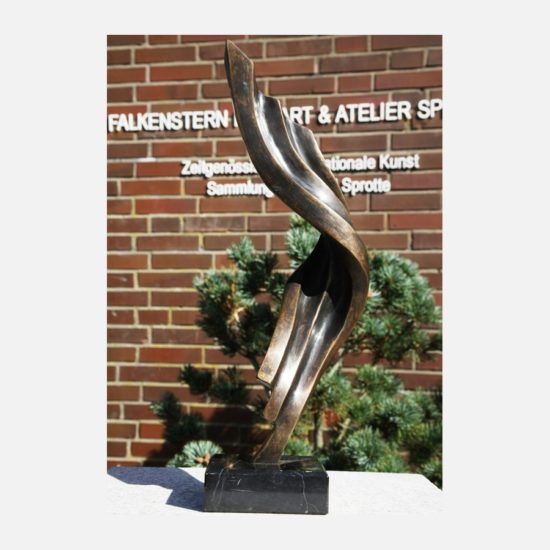