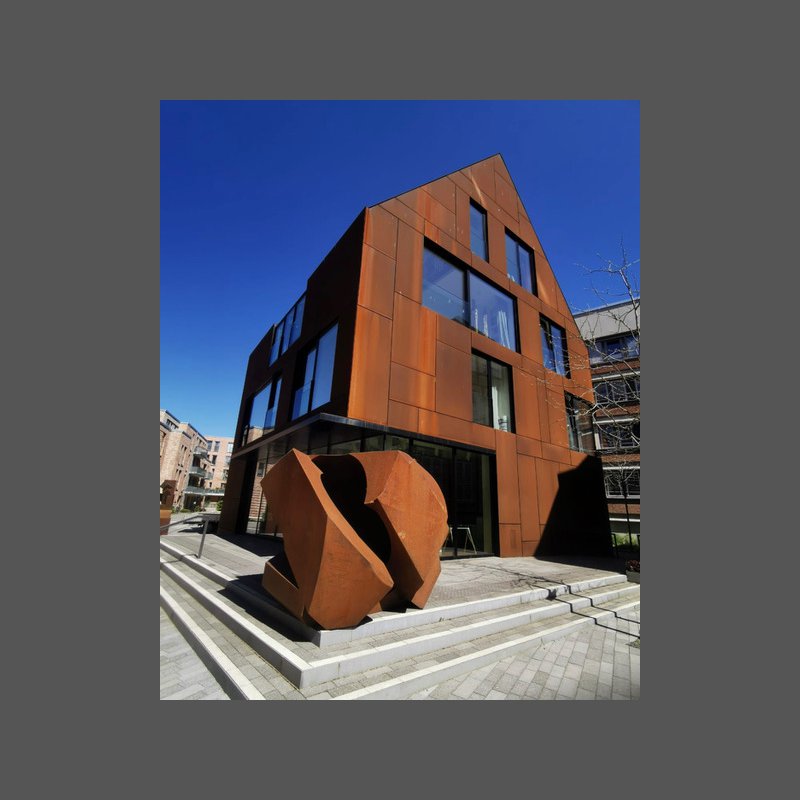 26th of March – 03rd of October 2020  Campus of the Kiel University, Applied Sciences

The German sculptor Jörg Plickat works worldwide. His mostly large-format sculptures are located on four continents. Plickat is one of the few sculptors who also produces works of monumental size himself. His studio in rural Bredenbek near Kiel is more like a manufacturing plant. This is where the sculptor’s works are created, some of which have received the highest international awards.

The last decade is also marked by his international teaching posts and research in the aesthetics of sculptural composition. Plickat has regularly offered workshops at the two largest universities in Madrid over the past four years. Since 2011 he has been teaching at important universities in China. In 2019 he was awarded an honorary professorship at the University of Architecture and Technology in Xian.

40 years ago, in 1980, Jörg Plickat completed his sculpture studies with a diploma at the Muthesius School, which at that time belonged to the Kiel University of Applied Sciences.

To mark this occasion, an exhibition of monumental free works by the sculptor will be held in summer 2020 on the new campus of the University of Applied Sciences on the east bank of Kiel.